Energy database creating the basis for the green transition

A platform featuring real-time data relating to the production and consumption of energy on the island of Bornholm is not only providing the basis for the government’s digitalization strategy, but is also enabling businesses and researchers to develop the green energy systems of the future.

Energydata.dk collects data from a number of different energy sector stakeholders. The database collects this real-time data before analysing it and making it available to businesses and researchers working to develop new solutions for the energy systems of the future.

“The current energy crisis has demonstrated how important it is for us to secure our energy supply and ensure that it is made up of multiple different energy sources that can supplement each other. However, a smart and cohesive energy system—for example, one where the integration of district heating, electricity, and biogas is optimized—will only be realized if the necessary data is available,” says Anders Kragh, a software developer based in DTU’s Department of Wind and Energy Systems, who oversees the Energydata.dk database.

Energydata.dk thus represents the first step on the path to creating the basis for a smart, cohesive energy system. The platform features real-time data from the energy companies HOFOR and Bornholms Energi og Forsyning, as well as a range of other data. According to Anders Kragh, data relating to the production of energy on the island of Bornholm is of particular interest.

“Bornholm represents approximately 1% of Denmark, which means that data about energy production and consumption on the island can be easily scaled to represent the whole country.”

Input to the government’s digitalization strategy

Energydata.dk has just been updated as part of the Digital Energy Lab project and now benefits from a new, more user-friendly version. This means there is an opportunity to invite further partners to join the collaboration seeking knowledge on which types of data it is worth publishing.

“In relation to the government’s digitalization strategy and the upcoming rules about the release of data in the supply sector, it is important to find out which types of data provide the most value when they are disclosed and used in the smart energy systems of the future. It might be data from transformer substations, charging operators, district heating producers, or from somewhere else altogether! Energydata.dk can shed light on this,” says Anders Kragh.

“This means that users can access all relevant data in one place. If you want to create your own area on the database as part of your research, development or demonstration project, then you only need to get to grips with one simple interface,” says Anders Kragh.

Over the last few years, DTU has carried out a number of projects together with partners from industry around the use of data from Energydata.dk. These are projects that have been working on new digital solutions seeking to improve the correlation between district heating and electricity supply, as well as solutions aiming to provide a more stable electricity supply by charging batteries using energy from wind turbines and solar cells.

Energydata.dk has been developed by and remains part of DTU’s PowerLabDK.

Security of supply and efficiency

Europe is in an energy crisis. Gas and electricity shortages have put the spotlight on how we can reduce our energy consumption and develop new technologies that can help to provide us with safe, effective energy supplies in future.

Read more about this in DTU’s energy topic—security of supply and efficiency.

Security of supply and efficiency

Europe is in an energy crisis. Gas and electricity shortages have put the spotlight on how we can reduce our energy consumption and develop new technologies that can help to provide us with safe, effective energy supplies in future.

Read more about this in DTU’s energy topic—security of supply and efficiency. 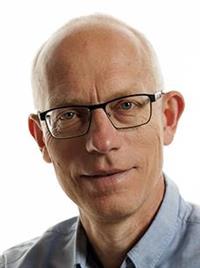