40 years with fluid mechanics and aerodynamics

Jens Nørkær Sørensen is Head of Section for Aero- and Fluid Dynamics at Department of Wind and Energy Systems and on 6 October he is going to celebrate his 40 years anniversary at DTU.

The common thread of Jens Nørkær Sørensen’s four decades of research at DTU includes aspects of fluid mechanics and aerodynamics, particularly in connection with wind energy. Currently, he is working on the development of a combined wind resource/economy model for offshore wind farms. However, during the years he has been far and wide in his research and teaching which is part of his career, too.

Of milestones, Jens Nørkær Sørensen highlights the development of a numerical model for determining the boundary layer behavior on rotating wind turbine blades.
He also mentions returning to DTU after two years in France as a postdoc: Here, he started teaching fluid dynamics and he initiated a new research area on the non-linear dynamics of helical vortices. “A fascinating new world with lot of surprising results”, he says. In co-operation with talented Russian colleagues, he managed to exploit the developed theory to solve some classical aerodynamic problems.

Jens Nørkær Sørensen also mentions his development of the “actuator line” technique, which he created in co-operation with his former DTU colleague Professor Wen Zhong Shen. Here, the aerodynamic forces along the wind turbine blades are estimated without calculating them in detail. The technique makes possible, with today's computer capacity, to calculate the power of all of the wind turbines of a wind farm with great accuracy.
Today, the actuator line technique is a standard and the most used technique for high-fidelity simulations of flows in wind farms.

As a “business on the side” and for many years, Jens Nørkær Sørensen had a collaboration with physiologists at the August Krogh Institute at KU concerning the mathematical modeling of isosmotic transport of ion- and water flux in cells. He assisted in demonstrating for the first time that salt and water transport in cells is solely due to the sodium/potassium pumps and not to the influence of an external pressure gradient. For example, in the kidney a very large water transport of several liters take place each day, which, he has helped to demonstrate, is driven solely by concentration differences in the salts above the cells.

Privately, Jens Nørkær Sørensen is married to Lena, with whom he lives in Brønshøj and has two adult sons. In his spare time, he plays football and goes to his holiday home - or travels to his small castle in Provence where he in his own words exercises his French at the local bistros.

The anniversary is going to be celebrated with an anniversary lecture followed by a reception on 6 October 2022 at 2-4 PM at DTU Lyngby Campus, building 101, meeting room 1. 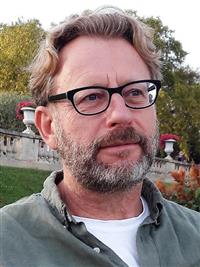